Some links in this post (marked affiliate link) provide me with a small commission at no extra cost to you, if you make a purchase.

It’s been a while since I last updated on my income and profit. Things got a little bit crazy there for a while. Here’s a long overdue update for February through April…

First for a little bit about what I’ve been up to the past few months!

Throughout February and March I was working on a part time IT contract as a Business Analyst. This involved some days travelling to sites in the UK, but many days were working from home which was nice. In March my time spent on this contract was up to 3 days a week which is part of the reason why I was a bit quiet on the blog front!

Casting my mind back to February I had fun learning how to arrange flowers (expertly tutored by one of my friends - YouTube video to come hopefully!), plus I also spent a day at the Apple Store in Birmingham taking advantage of their many free learning sessions. It was a fab day where I learnt video skills such as capturing cinematic shots, and how to create cool video edits such as jump shots.

On the social front I enjoyed a wonderful Valentines’ Dinner at The Botanist in Coventry, as well as a relaxing spa weekend with my good friend at the De Vere Tortworth Court in Gloucestershire.

March got super busy on the social front. I was delighted to visit the Royal Albert Hall for the first time to see a Disney Broadway Hits concert.

I also tried the Bear Grylls adventure (affiliate link) near to Birmingham International airport when some friends came to visit with their son. We had a fantastic time doing their base package which includes 4 fab activities. I particularly enjoyed the escape room!

Other events included a couple of games nights, heading out with friends for St. Patrick’s Day, a ladies film night, a baby shower and celebrating Mother’s Day with a delicious lunch at Bistrot Pierre.

I think the highlight of March has to be my niece’s dance show Dreams. She has been learning ballet, street dance and musical theatre for several years.

Her dance school Capella Academy present a show about every 2 years. It was an absolute joy to see her dancing out onto the stage in the very first dance, as well as seeing her sing her first ever solo. What a treat.

On to April and things certainly didn’t slow down! I went to see Disney on Ice which was absolutely brilliant. Then my attention turned to Tony Robbins’ Unleash The Power Within event (affiliate link) where I was serving on the crew.

It’s the second year that I’ve been on the crew, and what an uplifting experience it is. If you haven’t been to Tony’s Unleash The Power Within event yet, I highly recommend you make the investment to go (affiliate link). It may sound like a lot of money up-front, but believe me it’s so worth it. A completely transformational and life changing experience.

On my return home from London it was Easter before I knew it. I spent time with family at our local go karting venue TeamSport and at my parents’ for a bbq. I was super excited to see the final instalment of the Avengers series End Game. Finally near the end of April I was privileged to receive the opportunity to partner with Tony Robbins, Dean Graziosi and Russell Brunson on an exciting new venture. The launch for their new product took up the remainder of my time in April.

This is a recurring monthly post as I pursue my 2019 goal of making £7,000 in one month from my side hustles, before the end of the year.

This meant there was still a huge way to go to achieve £7,000 in one month. Let’s see how I got on in February, March and April…

Here’s my income position at the end of April:

Here’s some lovely pie charts showing a break-down of where my income came from in February, March & April: 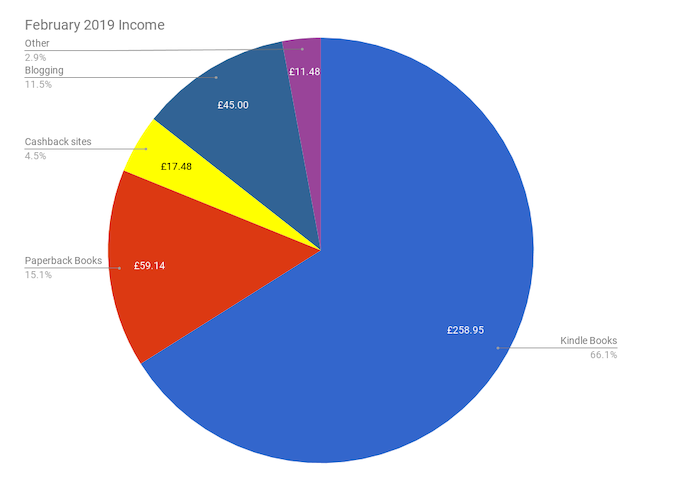 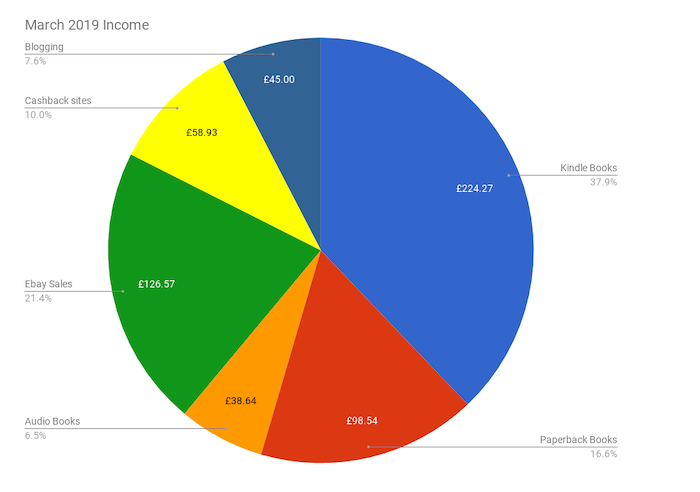 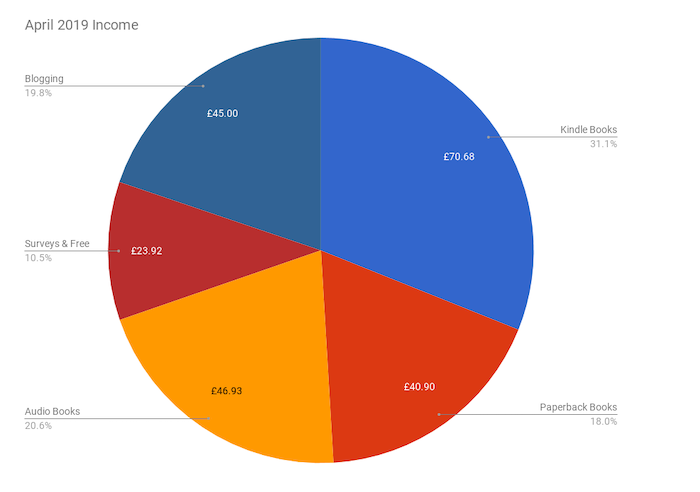 Things that stand out to me from these charts:

Here’s how my Side Hustle expenses looked by the end of April:

Woah! So what happened in April? I barely had any expenses at all with just £2.19 spent. That sounds like a good thing, but actually it’s not. You see my profit is proportional to the amount of sales that I make. If I don’t spend money on marketing then I don’t make sales.

As you could see in my income section, April’s income was the lowest so far this year - here in the expenses section it’s clear to see why. I didn’t spend enough on marketing.

The reason for this is because back in February (I get paid 2 months in arrears for publishing), I did a big review of my marketing strategy and decided I needed a radical change. Previously my approach had been to list my kindle books as free for a number of days each month, then while the book was free, pay a marketing company to blast out my free book to their email list so that I would get lots of downloads. Then over the next few days (when my book was back at full price) my book’s Amazon ranking would be improved and therefore I’d make plenty of sales/profit.

The trouble was, this strategy had been giving me smaller and smaller returns over time. In January I marketed every book using this strategy and some of the books only just broke even after I’d accounted for the cost of running the promotion. There’s no point putting in time and effort to run promotions if they aren’t making me any money.

So I decided to switch strategies and start advertising using Amazon’s pay per click service. However, during February (which is where my April figures in today’s post come from) I was in a transition period - and I still had a lot to learn!

To be fair I still have a lot to learn, but I’m improving!

Here’s how my expenses stack up on a chart I’ve been tracking since the start of 2018. Just look at how April drops off the cliff!: 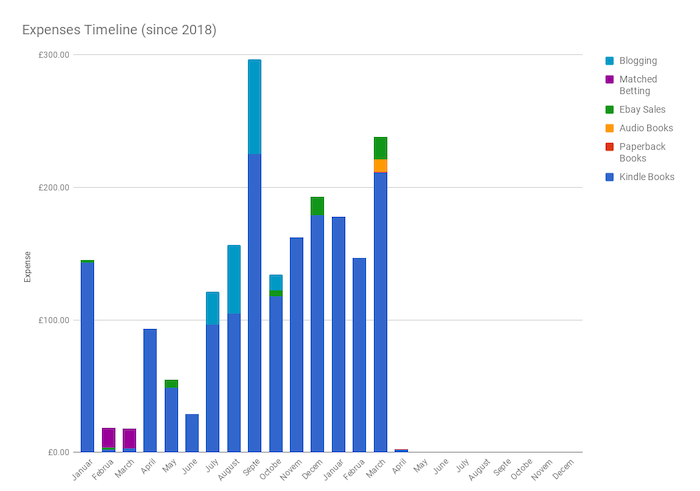 So that leads me to my profit update for February, March and April:

March saw my best profit month for the year at £353.80. Profit in April was down a bit at £225.24. I think this can be put down to 2 reasons. First, this money was generated in February (as I mentioned I get paid 2 months in arrears), and with February being a shorter month there was less time to make money! Second, I dropped the ball with marketing as I already explained.

It’s nice to see my profits running consistently at over £200 for the year. I’m also very happy to see that I’ve beaten my 2018 monthly profit totals every month so far.

Here’s my bar chart tracking how my profit is faring month on month compared to previous years: 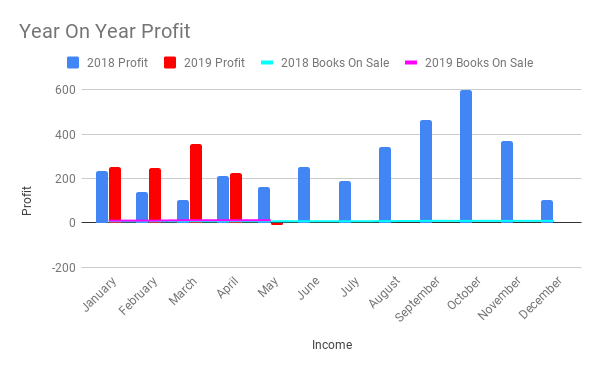 That’s it for my catch-up income and profit report for February through to April. What do you think? It would be nice to see my profit improving a bit more, but there’s still time.

How have your side hustles gone for the first few months of 2019?

Leave me a comment to let me know, I love hearing from you. 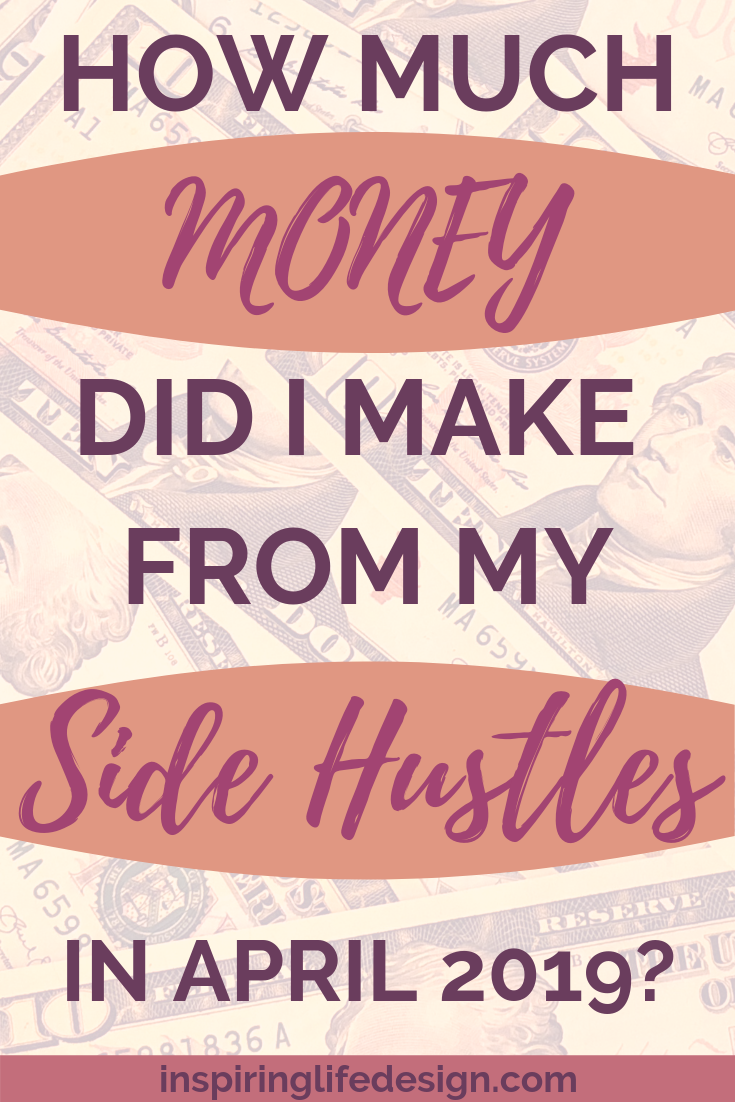 You can find all my previous income and profit reports here.

I sometimes use affiliate links in my posts. This means that if you buy a service or product using my link I receive a small commission at no extra expense to you. You can navigate independently to the sites mentioned if you prefer not to use my affiliate links. I only link to products or services which I personally use & recommend. 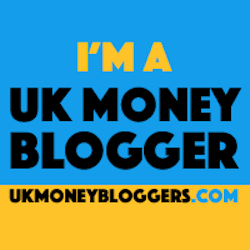